Alberta's motto is "Strong and Free", and that's a pretty good summary of the Canadian province's gamblers.

If you're looking for a top casino, Alberta is the place to be in 2023. As well as many great First Nations land-based gambling joints, residents are free to play at the best online casino sites around. Our team have gone through the best options for live and online casinos and listed them for you here.

You won't find an online casino, Alberta based at least, that residents can play at. However, there is nothing to stop AB players enjoying online roulette, blackjack, slots or even sports-betting on the many sites hosted in other areas, including our team's top pick for Alberta players, Jackpot City Casino.

Players in Alberta Can Look Forward To:

You can now play casino games directly on your iPhone! Compare the top rated apps here and claim your new player bonus today.

Home to Canada’s largest casino, les Montréalais know how to have a great time gambling any number of different ways.

From racinos to land casinos to online ones, Quebecers love all the different ways they can choose to gamble.

Players in Alberta have dozens of quality casinos to choose from, and industry-leading graphics and features to enjoy.

As Alberta is home to some of Canada's oldest casinos, it's probably not a surprise that the province also has a rich gambling history overall. As early as the 1920s, organised gambling in the form of church bingo and horse racing betting was recorded in Alberta. Slowly over the next few decades, lotteries, sweepstakes, and gaming machines started to appear throughout the province, as did temporary casino exhibitions at summer fairs.

In the 1980s, permanent charitable casinos begin to be established, including Calgary's Cash Casino in 1980 and Edmonton's Casino ABS in 1981. By 1995, eleven casinos had opened in the province, slowly transforming into the luxury getaways we know most of them to be today. Today, there are 27 land casinos spread throughout Alberta, including six each in Edmonton and Calgary proper.

Around the turn of the century, online casinos came into the public eye and slowly began to grow in popularity. As Alberta's land casinos continue to prosper, so too have the many online casinos that accept CAD. These sites have brought in a whole new audience of Albertan players, especially those that in the past could only make a trip to a land casino once or twice a year.

What you should look for in a top Alberta casino

When playing at a casino online, Alberta roulette and blackjack fans should be able to get to their favourite real money games super-quick.

That's why our recommended Internet gambling websites feature the slickest software, so you can get to the action fast.

And if you're out and about at Banff or on the road, you may want to find a great mobile Alberta casino that lets you play anywhere.

While the big casino Alberta establishments offer fun and entertainment, you might have to bet at higher minimums than those you will find at an online casino Alberta residents have access to.

And if you are playing at one of our recommended casino online Alberta websites, make sure the site offers good customer support for Canadian players. We make sure all our shortlisted sites offer 24/7 customer support to help with your every need.

Gambling with your mobile in Alberta

Mobile gaming online is an exciting experience that most players in Alberta will be able to enjoy. Whether you own a Blackberry, an Android or an iOS device, there are online casinos that will support your technology. Making use of these features will allow you to gamble on the go and without being tied to a device.

You can expect to play with your mobile device through a built-in app or through the device’s web browser. Apps tend to work a bit better and are easier to access, but they also take up device space and aren’t offered by every casino or for every device. It’s important to double check with the casino to be sure that your device is supported before assuming you can play with your mobile phone or tablet.

Want to play now? Check out the #1 casino

Finding a great casino online Alberta players can enjoy needn't be a chore. That's why we go out of our way to find only the very best casino sites in the region for 2023.

With our reviewers' tips you will find every game under the sun, a range of slots to rival the biggest land-based casino, and even Canadian-friendly deposit methods so you can use your local bank card to deposit funds.

Sign up today with a top online casino and you may even earn a great welcome bonus when making your first real cash C$ deposit.

If you're new to gambling online, low deposit casinos offer you the chance to start playing a whole host of games by depositing as little as $1. Our recommended sites even offer bonuses to new players in Alberta, including free spins and matched deposits.

Take a look at our guides to compare the best minimum deposit casinos:

The province offers plenty of live gambling action for Canadians, and most are First Nations-operated. Slots, roulette, blackjack and poker are all offered to gaming-hungry Alberta casino fans each day. Players must be 18 or over to gamble at casinos in the region.

Stoney Nakoda Casino on Morley, Eagle River in Whitecourt, and River Cree Resort in Enoch all adhere to the First Nations Gaming Policy. That means they are situated on reserve land but are regulated by the Alberta Gaming and Liquor Commission.

The best casinos in Alberta

40,000 sq. ft. of gaming space including slots, gaming tables and a poker room. 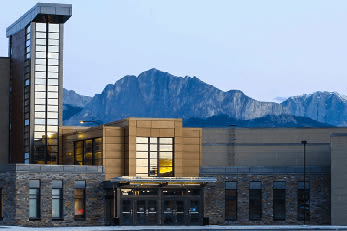 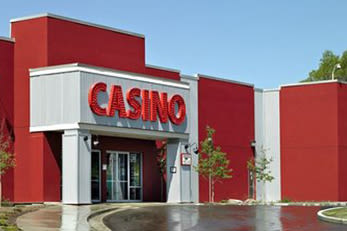 62,000+ sq. ft. of gaming space featuring over 1000 gaming machines and 47 table and poker games including a high-stakes poker room. 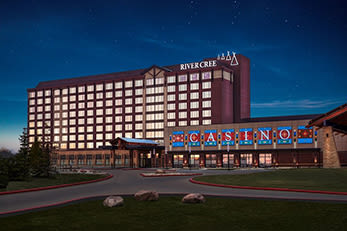 Looking to try out a local casino?

Visit our Local Casino Finder to find brick and mortar casinos all over Canada.

What body regulates gaming in Alberta?

All real cash gaming is regulated by the Alberta Gaming and Liquor Commission (AGLC). It creates and enforces policies and procedures for liquor licenses and serving as well as casino gaming, lotteries, off-track betting and bingo.

What is the Diamond Millions progressive slot?

Alberta boasts Diamond Millions progressive slot machines at casinos and racetracks. A jackpot is set at $1Million and gets larger until it is won. Since 2012 there have been 12 winners of $1Million-plus in the province.

Does gaming in Alberta benefit the local area?

Are there many places to play online and offline in Alberta?

From Fort McMurray to Medicine Hat, there are currently around 27 land casinos in Alberta. The largest and maybe most famous of these is the River Cree Resort and Casino located on the Enoch Cree Nation Stony Plain Reserve near Edmonton. There, you'll find over 1,100 slot machines on the gaming floor as well as 34 table games, poker tournaments, off-track betting, and all the other amenities that come with a modern resort casino.

Online there's even more games and opportunities to gamble, as Albertans have their pick of countless different online casinos that accept CAD and offer the latest and greatest online casino games. These include progressive jackpot slot games like Mega Moolah (which regularly makes several players each year into millionaires) and live dealer casino games that have you interacting with a live dealer via webcam while they deal you in on blackjack, baccarat, and other table games.

What is the legal age for gaming and gambling activities in Alberta?

The official minimum age for entrance into casinos, buying lottery tickets and VLTs is 18. The exception to this rule is certain bingo halls. A small number of bingo establishments (less than 300 of 2500 licensees) have special exemptions to allow pay by minors if accompanied by a parent to play games for prizes no more than $50.